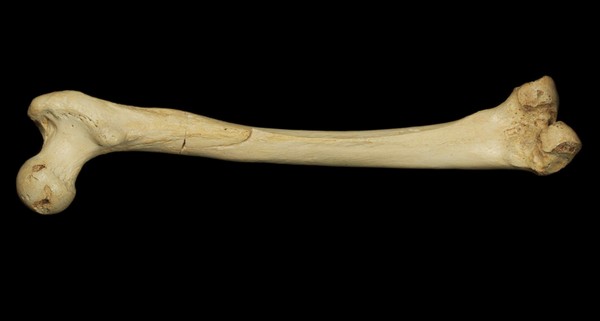 A major breakthrough has been achieved regarding the repair of bones.  It’s a way of using gene therapy and stem cells along with ultrasound that allowed researchers to repair large bone breaks in lab animals.

What’s occurring here is another step forward in regenerative medicine.  Not one, but three advanced technologies are being employed to resolve the problem of mending big breaks in bones.  Normally a small break will be healed by the body, but big bone breaks are another matter altogether.  The standard was is to use a bone graft, a piece of bone from another part of the body or a donated piece of bone.  This process is tedious and risky but it’s all we’ve got nowadays, that is until these researchers applied their process that appears to work quite well.

The research team, from the legendary Cedars-Sinai Medical Center in Los Angeles, saw a need for alternative treatments is what the doctor ordered, no pun intended.

Dr. Dan Gazit who is one of the senior researchers of the study chimed in and explained further as to what to expect from this breakthrough.  It’s still a ways away before it will be applied in standard medicine, but the results so far are promising.  Dr. Gazit explained the problems with bone repair in detail.  He stated that the problems with today’s methods are that usually a broken bone is grafted with bone from the pelvis, the biggest single bone in the body.  These grafts may not always go well and there’s still a risk of infection and constant pain.  Donor bone is referred to as “dead bone” and has complications all its own.

Taking a cue on how the body naturally repairs itself, Gazit and his colleagues approached things differently.  They used the body’s way of healing and worked with that.  They used a matrix of collagen which is a protein found in bone, into the gap made from the bone injury.  The body’s own stem cells are attracted to the collagen and allowed for a structure for the stem cells to migrate and rest in.  Once saturated with its own stem cells the researchers employed gene therapy which involved injection a mix of microbubbles as well as genetic material for bone promoting protein known as BMP into the area of treatment.

Just like in a “Harry Potter” movie, the researchers used a wand, an ultrasound wand to provide energy so that the stem cells membranes op and allow for the DNA fragments to enter.  This fired up the stem cells to actually form new bone tissue.

The researchers efforts paid off as all of their animal subjects had their bone breaks healed.  That’s a statistical success that cannot be ignored.  It isn’t without its cons though.  The use of BMP has problems.  Too much of it can lead to complications like excessive bone growth 1 and infections.  Luckily the new approach is not going in the path of earlier problems.  The modern technique and use melds  with the way things would go naturally.  There still is a long way to go to perfect things and greater experimentation is required before using it on humans.  So far thought, so good.

Such research has great implications for the future of medicine.  People who suffer catastrophic bone injuries will be repaired faster and safer which means sports enthusiasts, military, and victims of accidents, may one day find that their recovery is swift and less painful.

Breakthroughs like this comes from being willing to think outside the box.  To try what others say is impossible.  That’s the long history of stem cells.  It’s been a controversial subject for the last 20 years.  Labs throughout the world are experimenting and treating patients with adult stem cells, the stem cells that one produces in one’s body.  Others tried embryonic stem cells that are gleaned from embryos.  The conflicts with using embryonic stem cells is that researchers discovered they produce cancers and cysts and other aberrations.  Add to that the moral conflict of when embryos would have to be destroyed to glean their stem cells.  Nowadays you don’t have to destroy the embryos, but the aberrations still occur.

The researchers here are using stem cells in tandem with another technology, gene therapy and ultrasound.  It looks like something out of the television series, “Star Trek”.  Little was known about stem cells, the cells the body produces that can turn into any bodily tissue and repair damaged tissue.  Nature works slow so although a person may produce stem cells, only modern day research an improve on the process.  That’s what these researchers have done and it looks promising.

From Animal To Human

The next big step is a while away.  It’s using this on humans.  Other researchers are bound to skip the animal testing phase and use it on humans now.  You’ll find that in countries that don’t have the long process that America does.  They may find success or they may court disaster, but you can bet now that the cat is out of the bag, somebody will be trying to perfect this process.  This is risky and irresponsible, but sometimes it works.  In America a thorough series of clinical trials is required before the Food and Drug Administration will okay it for human use.  That can take ten years easy.  For the time being it’s best to sit and wait to see how this experimentation goes.