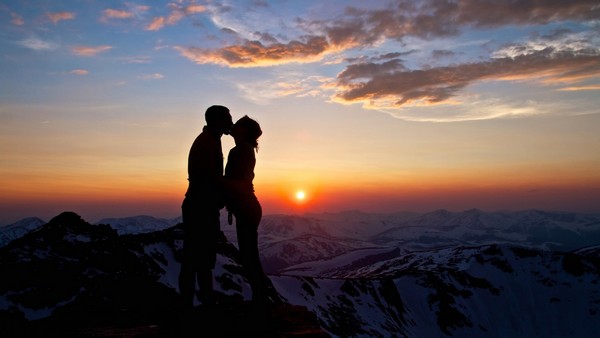 Testosterone and sex drive are often confusing to men.  They think one affects the other in some ways an d not others.  We’ll need to look at what both do and originate from and the true purposes of both.

Men often see testosterone levels decline with age.  They might manifest signs of low testosterone in such was as less aggression and sexual performance.  They may develop erectile dysfunction or notice less hair.  It varies with each man but it’s inevitable that some manifestations will occur as they grow older.

Sex drive, aka libido on the other hand is something totally different.  Scientists sill are in the dark regarding how both affect one another, but sex drive seems not to be a result of testosterone levels.  A man’s sex drive might be enhanced 1 due to testosterone levels but it’s not a constant.  Sex  drive appears to depend on several factors such as availability of partners, and survival necessities that a man has more attention on than looking for sex.

On the other hand, low testosterone levels can be associated with less satisfying sex and libido .

In either case, a low testosterone level can be treated using medically approved treatments.

Low libido caused by anything has to be examined by doctors in order to prescribe treatments.  Each man is a different case and libido can rise or decrease based on diet, stress, amount of sleep, exercise and more.  This is why doctors and patients need to communicate clearly so as to determine the cause or causes.  Once that is achieved an effective treatment can be prescribed.

Sex drive can also be diminishing due to other illnesses and depression.  Sometimes a dwindling spiral of low sex drive brought on by depression leads to more depression and more lower sex drive.

A large study was held in Massachusetts that found 11% of the men in the study said they laced sex drive.  After testing it was found that around 28% of them had low libido.  The average age of a participant was 47 years old.

Unbelievable as it might sound, having low testosterone isn’t a major cause of erectile dysfunction 2.  It’s actually a small number of men who do suffer from ED due to low testosterone levels.  ED is usually caused by a process called atherosclerosis which is the hardening of the arteries.  When this occurs, the small blood vessels that supply the penis tissue cannot dilate enough to allow for the flow of blood to form a  firm erections.  The conditions that lead to this can be smoking, high blood pressure, diabetes, and cholesterol.  If one has all of these conditions, one should follow doctor’s orders and follow them stringently.

So situations like obesity, diabetes, endothelial dysfunction, and metabolic syndrome all contribute to ED.

Right now a good number of men in the US are suffering from ED.  The numbers in the US are larger than other parts of the world.  This is more than likely due to diet and sedentary lifestyles.  American men are the fattest in all history and combining that with diets full of cholesterol, fats, and sugar, it leads to a lifestyle where epidemic diabetes and other diseases have gone haywire.

Why people fall into these dangerous lifestyles is based on several factors.  Ignorance is one thing.  Many people just don’t know how their body works and what it needs to operate properly.  They think they know everything because they live on a philosophy of, “If it doesn’t hurt there’s no problem”.  This is foolish and leads to many men ending up in medical situations where treatment will involve a great amount o f medication and doctors’ orders.  They expect the evening news to report about these things yet don’t know that the evening news is commercial based.  They will only cover medical news that doesn’t threaten medical industry hierarchies and income.  People have to look and research on their own.

Cultural ideologies come into play too.  In some cultures, it is considered rude not to eat a lot of fattening foods.  Not wanting to be ostracized, people will ignore good dietary advice and consume too much of the wrong foods and end up in the hospital  wondering what happened.  Some people are so resistant to solidly sound medical advice that they’ll watch as their body deteriorates including amputations.  You just can’t get them to change diet and lifestyle if they fear others in their family and culture will be insulted.  It’s insanity but understandable.

Arrogance and male hardheaded behavior also comes into play.  Far too many men think that they can’t discuss ED as it would make them sound like less a man and thus embarrassing.  Far too many men go about with ED and other complications that could easily be treated, but they just won’t get over their fear of embarrassment until things get way out of average medical treatments and require far more extensive and expensive treatments.  Fear is a major catalyst for disaster when it comes to health matters and men have to get over this fear.  Get in contact with your doctor and discuss the matter.  They’ll know in a clip what factors are responsible for ED.  It may hurt if they tell you to stop smoking or cut down on the fried chicken.  If you wife or mother or friends get upset because you won’t take that extra portion, just be race and courteous enough to state that you’re dealing with a medical condition that requires you hold back.  Remember, the options are either getting well, or being severely ill or dead.