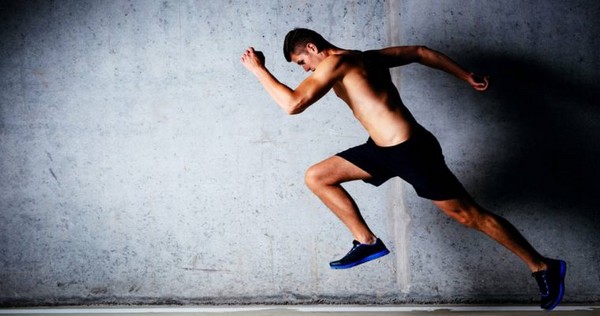 As study reveals that too much intensity during exercise may lead to stomach discomfort.

The senior researcher and lead author of the study, Ricardo Costa pointed out that rigors exercise can cause a redistribution of blood flow from the gut and toward muscles which create s gut cell injuries that could lead to several maladies such as bacteria in the general circulation, leaky gut, cell death and more.  Costa is with the Department o fNutritions, Dietetics, and Food at Monash University in Australia.

The researchers gathered data that suggests tht such rigorous exercise could bring about gut injuries as well as impaired function.  They clal the problem “Exercise-Induced Gastrointestinal Syndrome”.

The researchers found that hours of exercise known as ‘continuous endurance exercise’ that took up 60% of a person’s maximum intensity level may result in gut damage.  Intense exercises like running anc bicycling are two examples of this.  The researchers also noted that heat stress looks like to be an exacerbating factor.  Persons who have  predisposition to such gut diseases might just be more susceptible to such gut damage if engaged in intense exercise.

Experts reviewing the study noted that bloodflow that goes to the gut keeps the cells oxygenated and in optimum operation so that metabolism is in correct functioning.  When the gut then begins to lose  a supply of blood while exercising the result could be inflammation that then damages the protective inside lining of the gut.  When the gastrointestinal immune system weakens, toxins in the area might leak out into the stemic circulation also known as “leaky gut”.

The trade off is that we must exercise in order to combat obesity.  Especially in America where obesity is epidemic.  Exercise along with a smart diet will prevent such diseases such as diabetes, cardiovascular disease, depression, cancers, gastroesophageal reflux disease and a ton of others.  Some people think the more intense their workout the more fat they’ll burn but that’s just a bit of the solution.  The overall solution to losing fat is to cut caloric intake.

To cut the risk of gut trouble from exercise, the experts recommend that people keep hydrated and perhaps consume small amounts of proteins and carbohydrates.  There are many products on the market designed for just this.  Some liquids have not only water, but electrolytes and vitamins and minerals.  A wise choice fo r high intensity 1 workouts and all kinds of workouts.

Knowing your limits regarding exercise intensity is also recommended.  Don’t push your luck while pushing the envelope.

In addition, the specialists advised to not take nonsteroidal anti-inflammatory drugs like Advil, Motrin, or Aleve before beginning the workout.

The experts mentioned that it might be beneficial if people exercising that they try a special diet called a low FODMAP diet.  That stands for Fermentable Oligosaccharides, dissacharides, monsaccarides, and polyols.  This kind of diet pulls water into the digestive system and prevents gut damage.  One needs to consult their physician and have an expert around to get them started and monitor such a  diet.

Finally, the experts say it’s still too early to tell if dietary supplements like antioxidants, probiotics, bovine colostrum, and glutamine  are of a benefit to prevent or reduce gut damage.

This study’s data is very valuable as it can lead to new approaches to exercise and nutrition that had never been considered before.  Teaming up with this research and further research will hopefully come up with that magic formula or formulas that will end up changing the face of exercise and medicine.

It’s a double edged sword because people need to exercise.  Humans are built to go for long distances under intense conditions.  We have remarkable endurance for a land animal, and no other land animal can go as far on it’s feet or hooves as a human being can.  We’re designed to go without food for long periods of time, but we don’t do oso well without hydration.  The biggest dangers are that in developed countries like the Us, people eat massive amounts of food and most of that food is full of toxins and other harmful chemicals.  The food lacks the quality nutrition that vegetables were made up of just 50 yeas ago.  So people eat and ea t and still don’t get the amount of vitamins and minerals their bodies need to function right.

Add to all that artificial colors and other ingredients and yo have a situation with along with sedentary lifestyles, obesity takes root and has become a nightmare.  People are dropping like flies from obesity.  The diseases that come along with obesity are devastating and part of the way to reduce weight is to exercise.  Some people follow exercise gurus who specify intense workouts and these workouts are very attractive.  They’re usually accompanied with videos and top 40 music.  Now, with this new evidence from this study, such workouts might be detrimental.  This is why a doctor should be consulted along with a professional and certified nutritionist befoe engaging in any exercise regimen.

so now, people can peruse through this study’s findings an keep an eye out for further data.  Exercise is fine for boosting the metabolism and burning excess fat.  Exercise, however, must go hand in hand with proper diet and nutrition as well as doctor’s orders.  We’re learning more and more about nutrition’s value as well as ways to exercise for more optimum effects and doing research at the professional level is a benefit to one and all.