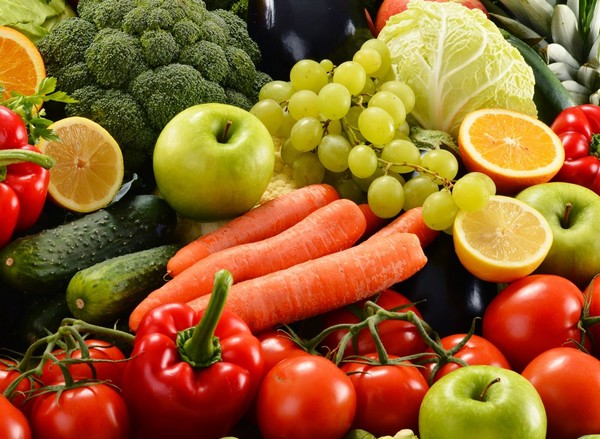 A recent study surprised scientists who were looking into which vegetables or plant based foods were healthy and which ones were not.  Knowing which plant based foods to eat can be the difference between a healthy lifestyle and a dangerous one.

The study that presented the results of over 200,000 health professionals in the US discovered that the difference in plant based foods and health  depended largely upon which foods one consumes.  People who consumed veggies like whole grains, beans, did indeed have a lower risk of developing heart disease.

In contrast, researchers logged data that showed that diets that are plant based but heavy in breads, pastas and sweets turned out to be not only bad for a person, but was even worse than diets where eating lots of animal products.

According to lead researcher, Ambika Satija, who is a postdoctoral fellow at the Harvard School of Public Health in Boston, who focused on the discovery that not only are plant based foods not the same, but that people must look at the nutritional quality of said foods.

The study didn’t examine how vegetarian diets had on health so that information is still out in the field.

All is not lost regarding how a vegetarian diet helps with health.  There have been numerous studies and it shows that the vegan diets were essential in lowering the risks of high blood pressure, diabetes, and heart disease.  This all remarked Dr. Kim Williams, the Chief of Cardiology at Rush University Medical Center in Chicago.  Williams who co-wrote an editorial for the Journal of the American College of Cardiology focused on the fact that vegetable based diets do prevent diseases and harmful conditions, but it’s ‘how’ people use the vegetables that makes all the difference.  As stated earlier, breads and pastas are dangerous.

Researchers still have to do more to see exactly how the relationship that certain vegetable products can be helpful and some not so.

This study basically tells us all what our mothers had told us from the time we could walk, that we should eat our fruits and vegetables.  If one engages in a healthy diet regimen while young, it may well be continued during adulthood thus helping to prevent certain diseases.

Iet is the primary key to good health.  Eating fresh foods is a bonus and eating organic foods is a plus 1.   American diets can be deadly from every direction.  Foods are loaded with salt, sugar, pesticides and these substances in large continual amounts interrupt the functions of the body and thus leads to the body’s organs and systems to become compromised and disease takes hold.

It’s due to habit, often cultural.  Americans eat huge amounts of meat products.  Not only that but they’ll eat fast food meat products that are loaded with all sorts of substances that researchers are still investigating or have warned about.  It’s an American past time to feast.  Americans feast several times a day.  In other countries, food portions are smaller and the nutritional content higher.  Many reasons for this.  Nutritionists often appear on the news pointing farming and food processing techniques.  Soil that is bereft of vitamins, minerals, will produce food that is likewise.  Then the foods are processed for preservation and taste and image, and by the time it hits the person’s plate, it has little nutritional value.

Another problem is culture.  Some cultures use far too many pastas, breads, and sweets.  It’s traditional.  It’s considered a grave insult not to eat large portions of these foods.  Not wanting to insult their friends and relatives, people will consume these foods and end up with medical problems.

Of note, is that many people who visit the US suddenly develop high blood pressure, diabetes II, and other illnesses.  They’re eating the same volume of food but it’s the quality of the foods that is the difference.  Foods in the US are so processed and full of so many substances that are forbidden in most of the world, that people visiting the US make the error of assuming American foods are safe, when in contrast they’re not.  This is a dangerous error and it leads to people protesting and demanding change in food processing and farming.

the reason US foods are so dangerous is simple: money.  When America was the ‘Breadbasket of the World’, the US produced so much food that farmers were raking in the money.  They had to cater to American tastes and also beat the competition.  This is where things went awry.  Companies realized that if they added more sugar to their product, the public wanted more.  Then the competition would add more sugar to their product and the consumer base changed.  This went on for years, as well as using artificial color and taste from chemicals that were detrimental to the body and you have the dietary nightmare that has occurred the past 60 years.

This study’s results are a beacon for what the country an world need to focus on regarding diet and health.  We nee d to allow for farming that boosts the nutritional value of our foods, and reduces the amount of dangerous  chemicals and compounds.  Along with regular exercise, a smart diet will lead to less events of illness.  The public and the media have to come to terms in promoting healthy foods.  The groundswell of concerned public has indeed had an impact on food marketing and production.  Top fast food chains now tout their healthy diet choice menus and the discontinuing use of antibiotics in some meats.  Organic foods, foods without pesticides, is still on the upswing but are a bit too expensive for the average household so it will take some time to remedy this.  Overall, it’s about what you eat that makes all the difference.