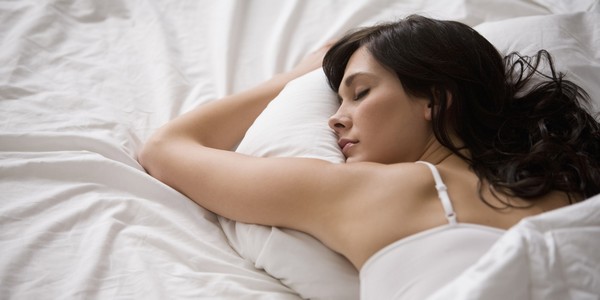 Known as a polysomnogram 1 aka PSG, the sleep study is designed is an electronically transmitting test that methodically records physical activities while a subject sleeps.  The collected data statistics are then available for a professional sleep specialist to analyze in order to determine if a person has a sleep disorder.  There are four types of sleep studies and we’ll look in-depth at them.

this sleep disorder test involves the general monitoring of sleep as well as a variety of physiological functions that occur during sleep.  This includes oxygen levels in the blood, breathing patterns, heart rhythms, and finally limb movements.

This sleep disorder test is designed to diagnose if a subject has developed narcolepsy.  It also measures the degree of daytime sleepiness.  In addition it measures how fast one falls asleep during quiet conditions during the day.  Monitoring how quickly and often one enters REM or Rapid Eye Movement sleep.  To make sure the results are accurate, the est is performed on the morning after a Diagnostic Overnight PSG test.

In this sleep disorder test, a subject will have a general monitoring and diagnostic evaluation.  Should sleep apnea be discovered, one will return for a second night to see if the right air pressure for CPAP (continuous Positive Airway Pressure) treatment.  This treatment delivers air into the airways via a specially designed nasal mask.

This sleep disorder test is performed when moderate or even severe sleep apnea has been detected.  It is also done if it is strongly suspected during the first part of the night’s study.  The CPAP pressure needed to defend against apnea is done during the second half of the night.

During the testing one will be put into a private room in either asleep center or a hospital during the night cycle.  Also in the room there will be a central monitoring area in which technicians and doctors will watch and see what happens while the subject is sleeping.  Being attached to specialized equipment that allows for monitoring and analysis.  Adhesive electrodes will be attached to the scalp, chest, face, and extremities which will send electrical signals that are generated by one’s brains and muscle activity.  The equipment will display and record the electrical input for professionals to analyze.  The data collected will come from the sensors that record heart rate, brain activity, heart rhythm, and blood pressure.

Other tests and equipment used in sleep studies are:

EOG: Electro-Oculogram that records eye movements.  They eye moves about rapidly during what is known as REM or Rapid Eye Movement sleep.

Nasal Airflow Sensor: This is used to record the value of airflow.

It’s no big mystery why so many people have been having sleep disorders.  There are so many things that precipitate such a state of disorder that one could spend all day coming up with reasons.  Usually it is due to basic mechanical reasons like restricted airflow or physical defects.  When sleep disorders are due to a combination of factors, doctors are hard pressed to find out the exact cause  as everyone is different.  Recent research has allowed for doctors to better detect and diagnose sleep disorders and they often find out that the disorder is caused by something they hadn’t considered nor recognized before.  This is why stringent testing  by professionals should be done.  Do not think you can out think the doctors.  It’s his job to do the detective work.  Far too often people think something superficial is the cause of their malady but then it is found out via experimentation by professionals that something else is is the true cause.

Lack of exercise can be a cause of a sleep disorder.  So many people live sedentary lifestyles that they end up out of shape and sleep disorders can emerge.  It’s tough to get people to adopt a healthy lifestyle that includes exercise.  Doctors will need to do extensive research to determine if sloth is the source of the sleep disorder.

Obesity is another cause.  Too much fat and being overweight can produce a number of diseases.  They can pile up to the point that the body can’t sleep properly.  This where real medical detective work comes into  play as it’s not a constant.  Some people who are large don’t have sleep disorders an that shows that it’s on a case by case basis, but one can bet that obesity is going to be one of the main factors.

Stress can also be a major factor.  People who are stressed out might not be able to relax properly and this can lea to chronic insomnia.  When insomnia sets in, it can cause so many physiological and psychological problems that doctors might have to call in for help from numerous specialists. The patient will still have to undergo rigorous sleep disorder testing.  Stress is known as the ‘silent killer’ so it takes good eyes for a doctor to determine if stress is present at all.  Again, this will call for other diagnostics from stress specialists.  All the sleep disorder specialist can do is collect data via the sleep disorder studies and then present that data to a variety of specialists in other fields who can add their analysis and that data needs to be analyzed for common denominators so that a treatment can be designed.

Sleep disorders are on the rise in the US and around the world.  Add to lack of exercise and obesity and stress, sleep disorders can be brought on by dietary issues, plain old diseases and infections, as well as a variety of psychological causes.  The bottom line is that the mystery is now gone and doctors can better treat those from now on.